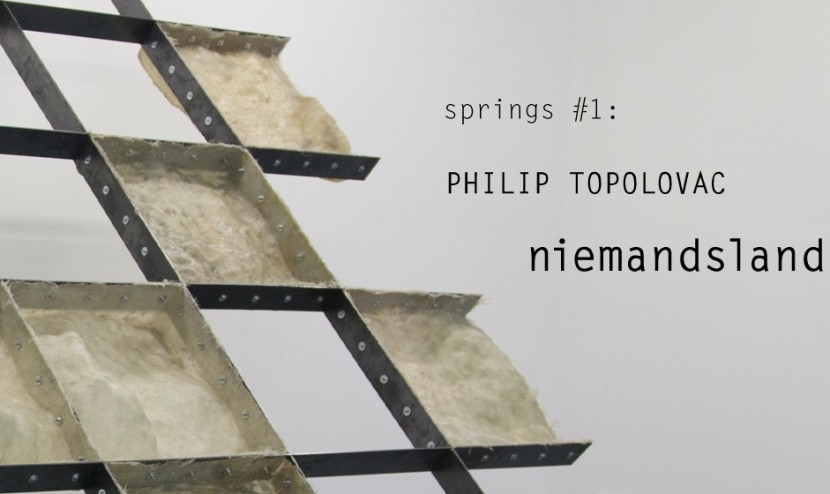 With the show of the sculptor, Philip Topolovac, the Museo Nivola inaugurates the first edition of Springs. Springs, curated for 2015 by Mark Gisbourne, is a residence program for artists, critics/curators, architects and scholars, based in Orani and promoted by the Nivola Foundation.

The name of the program recalls the Long Island area where Costantino Nivola lived since 1948, in an old farm turned into a home, a place for dwelling, creating and sharing. According to Nivola, inhabiting a place is understanding its essence, enjoying it, respecting its specificity and its genius loci. It means activating creative energies and pairing old and new with a special attention for eco-sustainability and harmony. “Spring” is also a word charged with a lot of positive associations: it is the season in which nature and human activities awake after the winter sleep, it is the fount, symbol of the flow of life and allusion to the wellspring in the Museum’s courtyard named Su Cantaru (a meeting point of the village’s community); it is the springs that store energy and release it.

(We are nothing, what we search for is everything)

The sculptor Philip Topolovac is an artist concerned with unearthing what has become hidden and discarded, and thereby revealing anew erstwhile forgotten material and emotional referents that were formerly associated. Yet his interest in that which has been at one time discarded does not pursue archaeological taxonomy as such. It is not a nostalgic regret of the loss of a former utility. But rather his fascination amongst other things with early satellite construction, in those objects now referred to simply as space junk as they orbit our planet gradually degenerating until they falls back into the atmosphere, has to be understood in terms of the mental psyche of aesthetic loss—as imagination rescinded. Working across a range of sculptural languages and related practices he creates carefully crafted models, which he casts in bronze, and has developed a unique form of polyester and glass fibre landscape casting. At the same time his sculptural practice interfaces closely with landscape and photography, where Topolovac is able to generate sense of visual magnitude from the piles of sand photographed on building sites in various cities across Europe. From his early Aggregate series (2007-2010) of imaginary machines hidden behind walls, and their emerging simultaneously as parasitic effusions as carefully crafted futile sculptures (without utility) they touch upon the anxieties generated by imaginary technologies. And they evoke, perhaps, ease, a state of anxious intellect when they have been discarded. Thereafter followed his cardboard Modulites (2011), a series of imaginary machine parts models that were then photographed and presented as an autonomous twelve-part edition. These works stand in contradistinction to the unearthed desiderata of abject objects found on bombsites in Berlin and were installed in large sculptures as shelving units. His model sculptures called Airshaft Studies (2012) are based on extraordinary architectural airshafts of the metro-system he experienced while on a residency in Prague. These thoughtful architectonic forms have also become a sort of hidden visible in their abraded and abused graffiti state to the psyche of the passing population of the city. It is the interwoven relationship of these two strands of cosmological expenditure (aesthetic loss) and unearthing ideas (the world inside and out) that are related to the installed project in the Museo Nivola, which also reflects the resident artist’s important shift into the casting of landscape moulds. The Orani exhibit deals with materiality and imagination, the found immediacy of a given environment, and indirectly we must suppose the same organic earth materials that informed and fed the life force and passion of the sculptor Nivola. The sculpture of Topolovac is based on the powerful poetics of a regenerative aesthetic, the role of the imagination to transform the immediacy of that which exists around the viewer at any given moment, whether under the earth or even by his imaginative allusion in outer space. His works reveal those hidden traces of what was once in existence but now been aesthetically transformed into something else. In still another sense the works in the exhibition express both search and research, a finding out and redirecting of those finds.