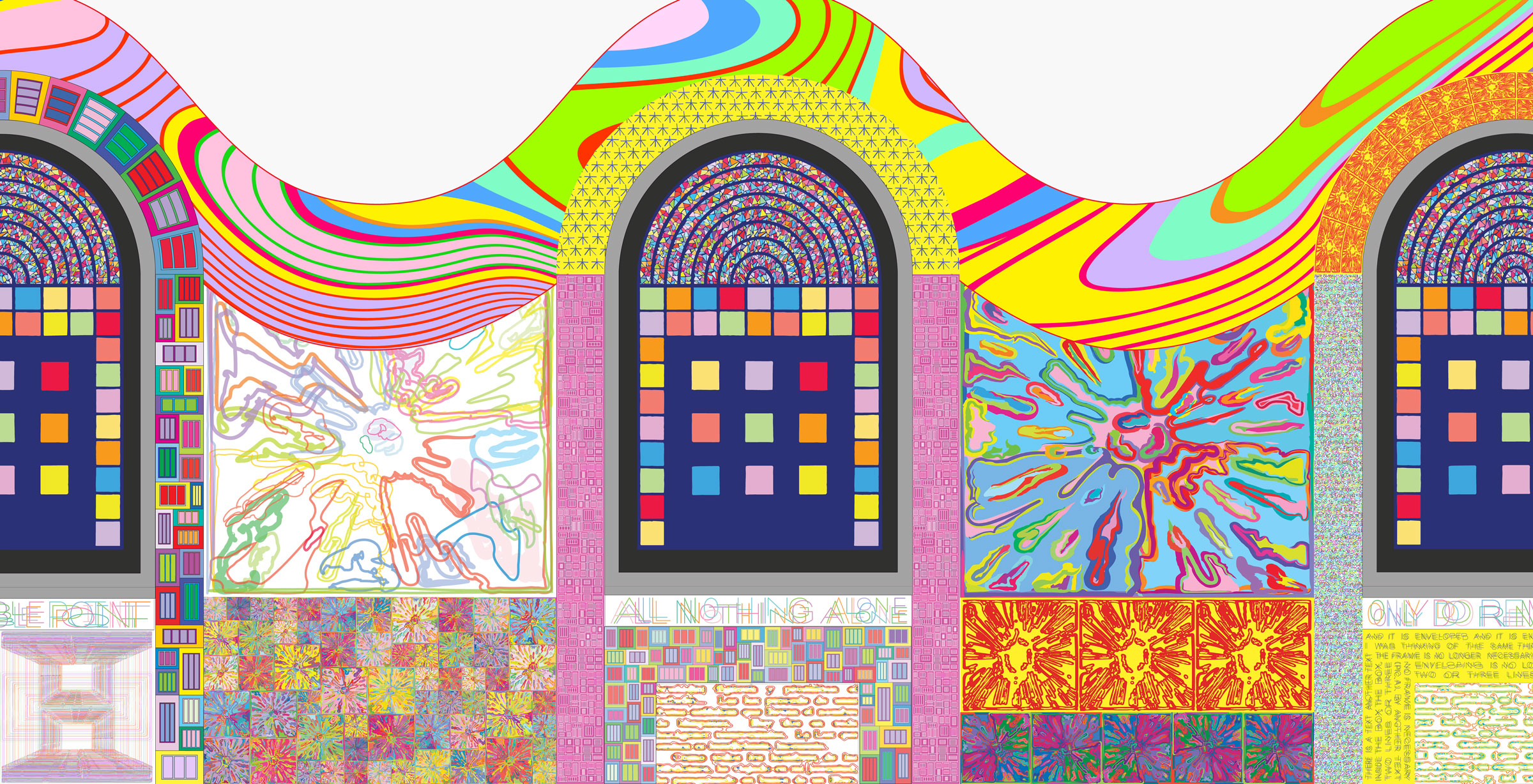 Peter Halley, a pivotal figure in the American Neo-conceptualism of the 1980s, is known for his geometric painting alluding to the social spaces of late capitalism and their dimension of confinement, isolation, and surveillance. “Cells,” “prisons, and “conduits” – recurring motifs in his work since the Eighties – relate to the rigid and angular structures of corporate skyscrapers, as well as to computer microchips, electrical circuits, and the internet’s infinite connections. His vision of the contemporary world, influenced by thinkers such as Foucault and Baudrillard, is steeped in pessimism. However, his language is electrifying, vitalistic, full of overwhelming energy.

Starting in the 1990s, Halley began to transform the architectural space through digitally generated mural works, sometimes developed in collaboration with other artists. The project created for Museo Nivola focuses on this aspect of his work: Halley will completely transform the museum’s temporary exhibition space’s walls, in tune with the mission of Museo Nivola, an institution dedicated to Costantino Nivola, one of the protagonists of the movement for a “synthesis of the arts” at mid-century. The relationship between art, architecture, and design, investigated in a series of past exhibitions on masters of Italian design such as Andrea Branzi, Michele de Lucchi, and Alessandro Mendini – the latter a former collaborator of Halley in a memorable series of installations – is once more at the center of the museum’s program.

Mural installations took on greater importance for Halley starting in 2018, with the project for Lever House in New York, and following in 2019 with Heterotopia I and II, at the Magazzini del Sale as part of the Venice Biennale, and at the Greene Naftali gallery in New York. In these projects, the installation created labyrinthine, disturbing, and vaguely sacred spaces, in which the visitor wandered restless and disoriented.

In Orani, on the other hand, in the old public washhouse used by the museum for temporary exhibitions – a clear and linear building similar in shape and proportions to a church – the tone is joyful and lively, the space euphoric.

Entering from the terrace – a light-flooded environment overlooking the museum park – the visitor will experience a visual shock produced by Halley’s favorite fluorescent hues and the images’ exuberant and dynamic character. Arranged in a scheme recalling the Italian fourteen-century fresco cycles, which suddenly rises in a series of colored waves, the surface combines the artist’s painting’s distinctive repertoire with art historical references from the Renaissance to Warhol, from Matisse to cave art.

The Greek title of the installation, ANTESTERIA, references a festival in Athen honoring Dyonisus and the arrival of Spring, during which – in the presence of the God – tragedies and comedies were played. Rich in associations with life and death, joy and sorrow, this ancient celebration of Spring is today a wish for a long-awaited rebirth after the pandemic.

“In the heart of Sardinia – says Antonella Camarda – Halley has created his own personal Scrovegni chapel (or, if you like, Matisse’s chapel in Vence). The effect is that of an exciting immersion in the Dionysian climate of a Mediterranean, dreamed of through the filter of twentieth-century Modernism and bathed in artificial and psychedelic light.”

“The installation – states Giuliana Altea – enhances the contrasts in Halley’s painting. It is both conceptual and decorative, critically reflective and spectacular, intensely contemporary, and nourished by the dialogue with art history. It combines opposite polarities, not so much to seek a synthesis between them or to try to reconcile them, but rather to put them in tension and trigger short circuits of the viewer’s imagination.”

Peter Halley (1953), a pivotal figure in the American Neo-conceptualism of the 1980s, is both a painter and a theorist who published several important essays on contemporary art. He founded and directed together with Bob Nickas Index Magazine, an iconic magazine of indie culture, published from 1996 to 2005. He has been Director of Graduate Studies in Painting and Printmaking at the School of Art of Yale University from 2002 to 2011.
Halley lives and works in New York. 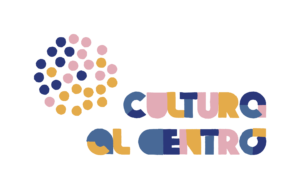