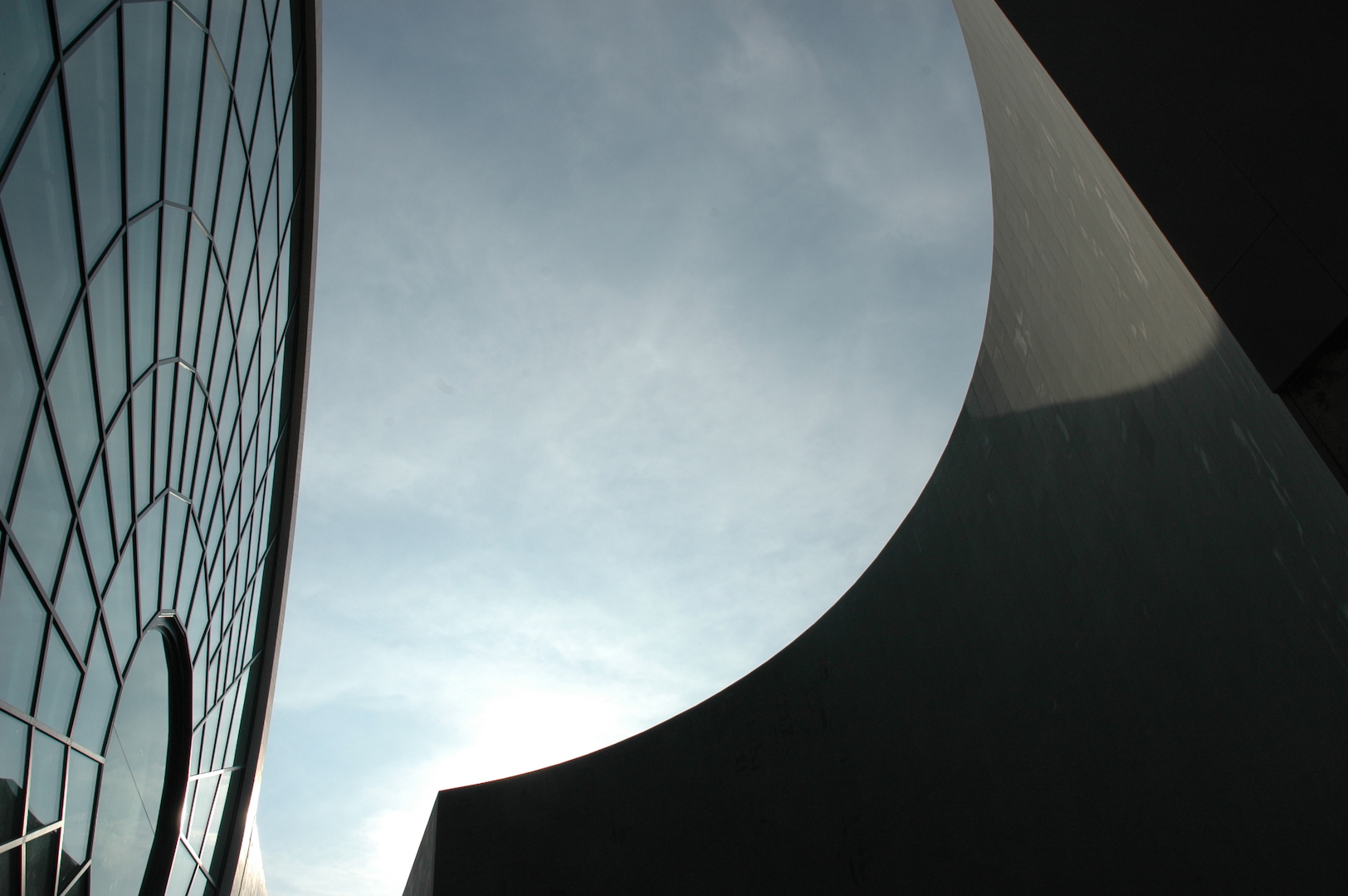 The Nivola museum, which has been interested from the beginning in the intersections between art and architecture (one of the main themes of Costantino Nivola’s work in the mid-20th century), presents an exhibition on a project that brought that relationship into the contemporary world. In 1998, the architects Piero Sartogo and Nathalie Grenon were commissioned to design the church of the Santo Volto di Gesù, a new church in the Magliana neighborhood of Rome, a highly populated area with a long history of social struggle as well as unauthorized building, property speculation, and urban violence.

A context as stimulating and complex as the strip of land allocated for the building, a small, narrow corner plot between the broad Via della Magliana and one of its side streets. The architects’ thinking was based from the start on awareness of the relationship between public space and religious space, two spheres brought together in the project. Indeed, the church parvis became a piazza, the public square that the neighborhood—lacking in social spaces—had never had.

The building develops starting from a cross located outside, in the vanishing point where all of the lines, in both plan and elevation, converge, articulating the volume of the architecture in two parts: the Aula Ecclesiale and the Parrocchia. Lacking a bell tower but boasting a large half-dome, the church, built between 2003 and 2006, hosts a group of highly evocative artworks by a number of leading figures in Italian art: Carla Accardi, Chiara Dynys, Eliseo Mattiacci, Mimmo Paladino, Piero Ruffo, Marco Tirelli, and Giuseppe Uncini.

The project, based on a direct relationship between art and architectural space, explores the links between religious and artistic expression, as well as between ethics and aesthetics. As described by Achille Bonito Oliva, “it is a miracle of artitecture, the fruit of an interweaving wrought by a contemporary who chooses the language of crossing borders to talk about our destiny in the form of a new humanism.” The church of the Magliana cites the great tradition of medieval cathedral worksites and creates an ideal link between two themes of 20th-century art and architecture: on the one hand, the synthesis of the arts (integration between the visual arts and architecture) and on the other, art sacré, the early 20th-century French movement for the modernization of religious art that was revived in the postwar period in works such as Matisse’s Vence Chapel and the churches of Assy and Audincourt. The exhibition reconstructs this project through a large plastic model of the church from the Vatican Museums, drawings and models of the artworks, and films. A selection of works by the artists who were involved in the project offers an opportunity to compare their religious work with that developed independently.

Piero Sartogo and Nathalie Grenon
The architects Piero Sartogo and Nathalie Grenon, who have offices in Rome and New York, have tackled a wide and diverse range of design themes: from large-scale city planning (the master plan for the administrative complex of the international organization OECD in Paris, a new urban cam- pus for the University of Bologna, a new urban space in Siena from the train station to the historical center) to architecture (the new Italian Embassy in Washington, the Bank of Rome headquarters in New York, various wineries in Chianti and Maremma, and Bulgari stores in New York, Tokyo, and Paris, to list just a few) and industrial design (collaborations with companies such as Tiffany & Co., Poltrona Frau, Fontana Arte, Richard Ginori, and more). To paraphrase Richard Meier, in their work, the interweaving of ideas about the creation of space, ideas about the materiality of the sur- face, and ideas about the relationship between built form and the urban fabric reveals an acute understanding of the specifics of each situation that allows them to make an important contribution to architectural culture and express a clear message.