Liliana Cano. Right Before Your Eyes 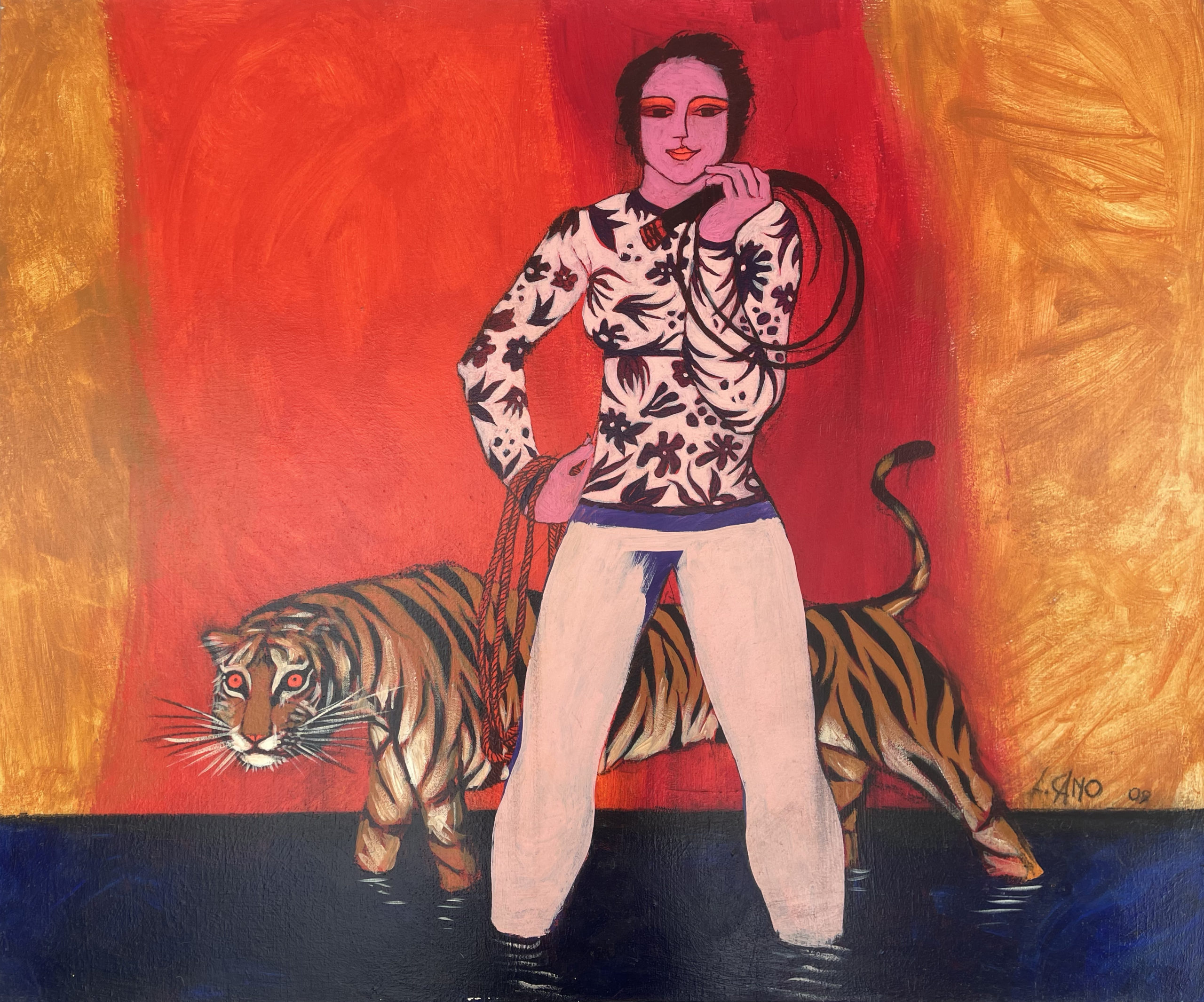 Museo Nivola is delighted to present the first retrospective of the work of Liliana Cano (Gorizia, 1924 – Sassari, 2021).
The exhibition pays homage to a painter whose work spanned eighty years of the Sardinian art scene, making painting her raison d’être at a time and in a historical context that made such a choice anything but easy for a woman; an unconventional, undisciplined and impulsive figure, but also widely loved for her ability to talk with the public using anti-elite, immediate, direct language; and, most importantly, an artist who, through figurative art, exalted the power of painting creating images filled with an intense emotional charge.

Talking about painting, Cano observed: “It is the easiest memory.
Writing needs to be read. You need to want to know the story. Painting instead puts itself right before your eyes and tells you everything in the very moment you are looking at it.
” The exhibition does not present an overall reconstruction of the artist’s long career, instead offering a helpful interpretation for understanding the meaning of work that, in its deliberate simplicity, risks being seen superficially, and sometimes has been.
Cano’s work is centered on an idea of femininity that is neither submissive nor silent, but rather positive and proudly self-aware. The female figure is the main character in her work: we find it in the numerous portraits that she made between the 1970s and 1980s that sharply record the fashions and social tics of the time, as in the heroines of classical mythology, the stories of which are evoked as metaphors for universal emotions and feelings. Paintings like Due Tigri, the Gitane and even the Assunta, the pop-influenced formal aggressiveness and garish chromatic violence of which consciously verge on kitsch, could be adopted as symbols of her vision of art.  The exhibition is divided into five thematic sections: the portrait, with special attention to family portraits, in which the artist’s eye becomes more intimate and private; social relations, with scenes of social gatherings and demonstrations; mythology, in which Cano’s classical education and fascination with the Mediterranean surface; the still life, a less common theme in her work, but no less worthy of attention, and landscape, driven by a Panic sense of nature.

Liliana Cano  Born in Gorizia to parents from Sardinia (her father was an engineer, her mother a primary school teacher and amateur painter; her grandfather Attilio Nigro was a sculptor), her family lived in various places across all of Italy during her childhood. After completing her studies at the Accademia Albertina in Turin, she moved with her family to Sassari after the war. There, she began to teach drawing and get involved with the local art scene. In 1950, she began displaying her work. In 1978, she left Sardinia, first moving to Barcelona and then France, where she remained for eighteen years, living in various cities in Provence, before finally returning to Sassari in 1996.Museo Nivola in Orani (Nuoro), at the heart of Sardinia, is devoted to the work of Costantino Nivola (Orani, 1911–East Hampton,1988). Nivola, an artist committed to integrating art and architecture, played a role in the cultural exchange between Italy and the United States in the second half of the 20th century. The museum’s collection comprises more than 300 sculptures, paintings, and drawings and organizes temporary exhibitions focused primarily on the relationship between art, architecture, and landscape.