Biography of an Artistic Project (Cagliari) 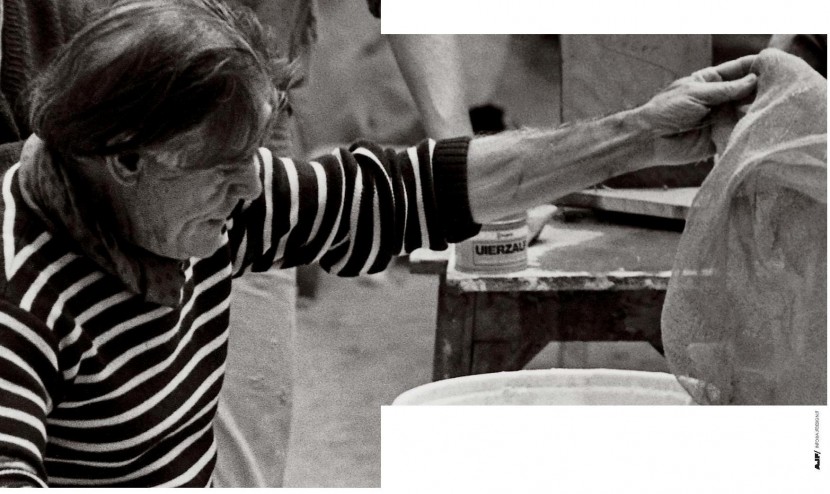 As originally intended, among additional elements, a graffito wall was to be centrally located at the building’s base. Nivola conceived of this mural as homage to a fellow artist and dear friend in his youth, Salvatore Fancello, who had been killed in action as a soldier in the Italian armed forces during the Second World War. The mural’s images, including farm animals and wildlife in the Sardinian countryside, in fact are inspired by those in a work that Fancello had crafted and gifted to Nivola as a wedding present in 1938.

The exhibit displays some concepts that Nivola had originally entertained for the project but that were later discarded. For example, a large sculpture, evoking a maternal form, very Mediterranean in spirit, was to be positioned in a central location amid a bed of live wheat—the latter symbolizing rural fecundity and vitality even amid the project’s urban setting.

Nivola also had envisioned placing half a dozen statues, representing, as it were, petitioners to the administrative offices, along Cagliari’s Via Cavour. The artist’s models for these works (never realized, on account of his untimely death in 1988) are shown in this exhibition for the first time.

As an illuminating supplement when touring the exhibit, visitors can consult signage containing passages from Nivola’s own notes that reflect his thinking about the design of the Regional Council project.