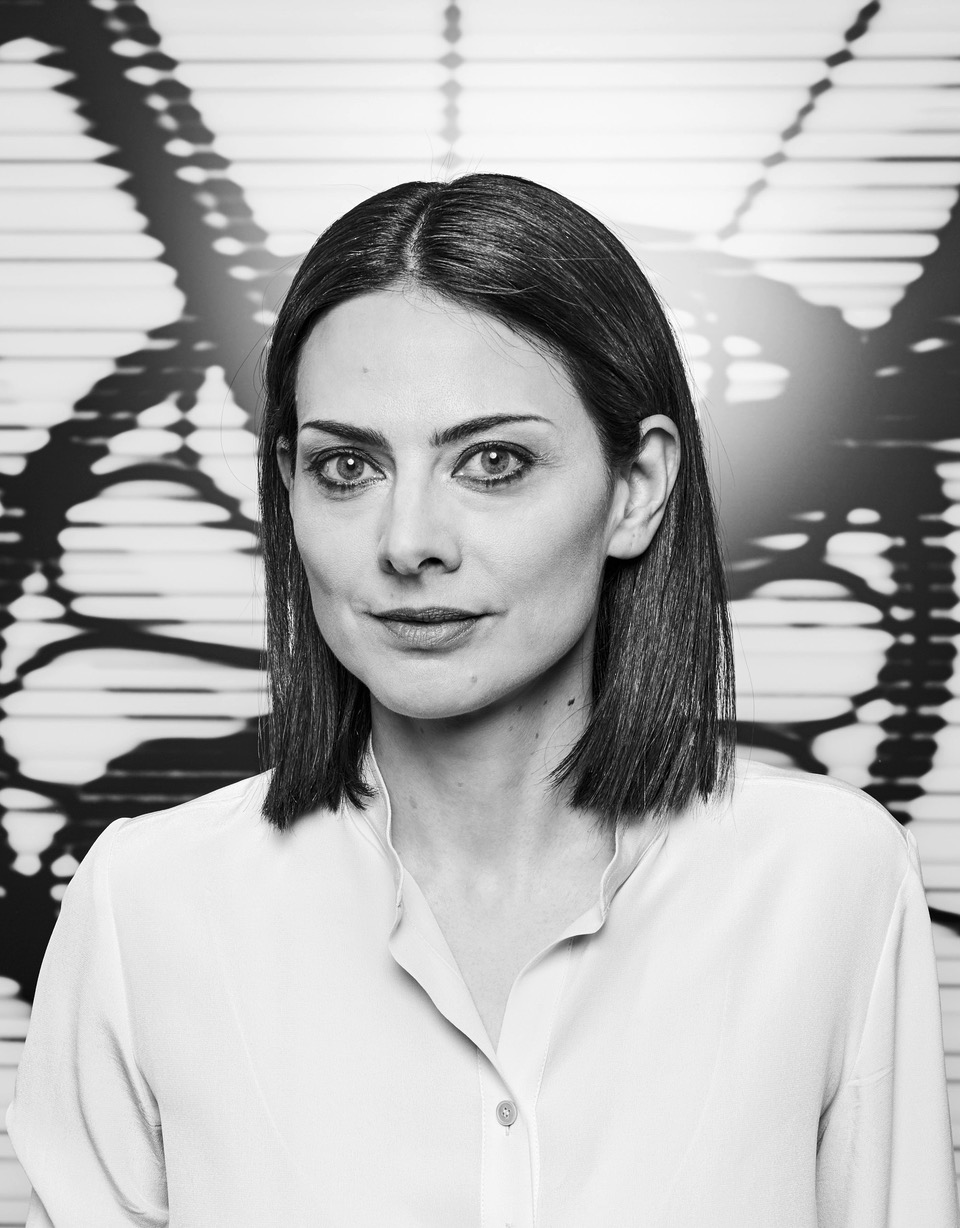 The Nivola Museum is proud to announce the first Italian solo show of Bettina Pousttchi.

Since the second half of the 2000s, Pousttchi works at the intersection of sculpture, architecture and photography, creating large scale installations to question the history and the memory of places, exploring the connections between time and space in a transnational perspective.

Echo Berlin (2009) –  the work that earned her international renown – evoked the memory of the destroyed Palast Der Republik – an iconic building of the DDR – through a gigantic photographic wallpaper depicting its facade that covered entirely the Temporäre Kunsthalle, a temporary exhibition space nearby.

Between 2008 and 2016 she travelled around the globe to make World Time Clock, a series – exhibited in 2016 at the Hirshhorn Museum in Washington DC – of twenty-four photographs of public clocks taken at the same local time in twenty-four cities with different time zones, to suggest – in the artist’s words – an “imaginary global synchronism”.

At the Nivola Museum Pousttchi presents the project Metropolitan Life, taking inspiration from Costantino Nivola’s urban flâneries. The museum’s exhibition space has been completely transformed by a site-specific photo installation: a huge photographic print on textile hangs from the ceiling and runs through the entire space, redefining it. It’s a digital reworking of the facade of the Metropolitan Life Building, a New York skyscraper on 1 Madison Avenue, in front of the Flatiron Building, not far from Nivola’s studio.

Criticized, shortly after its construction in 1909, for its blatant Italian references (its shape is clearly modeled after the San Marco’s bell tower in Venice), the building – the tallest in the world until 1913 – displays a hybrid identity, recalling cultural and temporal/spacial dislocations between the Old and the New world, Renaissance and Modernism, Europe and United States.

Its virtual relocation in Orani, Sardinia, adds a further layer of meaning to this play of cross-references.

Bettina Pousttchi
Bettina Pousttchi (Mainz 1971) is a German -Iranian artist who lives and works in Berlin.
Graduated at the Kunstakademie Düsseldorf where she studied with Rosemarie Trockel and Gerhard Merz, she attended the Whitney Independent Studio Program in New York. The artist began exhibiting at international level in 2001. She took part in the Venice Biennial in 2003 and 2009 and held solo exhibitions at the Hirshhorn Museum and Sculpture Garden, Washington, DC; the Nasher Sculpture Center, Dallas; the Kunsthalle Basel and the Schirn Kunsthalle Frankfurt. In 2014 she received the Wolfsburg Art Prize and in 2016 she has been visiting artist at Villa Aurora. Los Angeles.